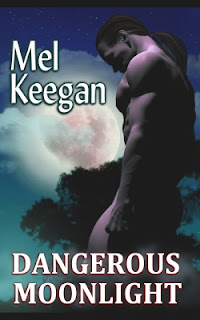 1727: the world of highwaymen, duels for honor, fortunes won and lost at the gaming tables … and crackling gay romance.

Harry Trevellion was raised to be a gentleman, but was still a boy when his father bankrupted. His solution to the problem is … unconventional. Nicholas Grey is the favorite son of a wealthy jewelry manufacturer, unfortunately born "on the wrong side of the blanket." Nick's brother, Paul, is a scoundrel longing for their frail old father to die. He'll squander everything, and scorns Nicholas, though Nick does dangerous work for their father.

He's a jewelry courier, and inevitably, one moonlit night on the road, he runs into the irresistible rogue, Trevellion. The two share a stormy relationship until Paul's day of triumph arrives. The old master of Rosewarne Hall is gone.


In a tangle of of fate, Paul Rosewarne's avarice and the particulars of the old man's will conspire to send Nicholas to prison. Harry puts on the unaccustomed mantel of the hero, and the two embark on a path that could lead from muck to millions ... as long as their luck holds.
It's a rollicking world of swords and pistol duels, midnight chases, deceit and sensuality, in a time when fortunes could be made -- or lost. From the long-time favorite author of Home From the Sea, The Deceivers and Fortunes of War.


WHAT THE HELL *IS* A BLUNDERBUSS ANYWAY?! (Research Tales)
How many pennies were there in a pound, before England went metric? How many shillings in a guinea? What was a farthing worth -- and please note the presence of the letter 'h' in that word! Where were the race courses at which this 'sport of kings' was pursued? What sort of roads did people drive over ... and what were they driving? There was a mail coach; does that mean you could actually post a letter in 1727? That would be a good trick, since the envelope had not yet been invented, much less the stamp. What music were people listening to -- what was the popular musican idiom? And wait a second, didn't they still emasculate small boys to preserve their voices for choirs? Yes, they did! Didn't they hang people for the crime of highway robbery' ... and in that case, would the man be arrested by the police? Did the police force even exist in those days? If not the police, then, what force would hunt down felons? And when they'd been caught, where would they be imprisoned ... what was it like inside those prisons?! What was medical science like in 1727? How would a doctor treat, say, heart disease?
Something like a million questions had to be asked and answered before DANGEROUS MOONLIGHT could take shape, and for this one I actually hit the library. The research was all done in the late 1980s, long before the Internet got itself into gear. I did have a computer but the word 'online' was something to do with laundry. I do have a pretty extensive library, but even so there were several questions which were unanswerable without a trip to the library ... and some remained unanswerable even there!
There's a huge difference between the history which is taught in the classroom, and the kind of history you find yourself wading through to produce a novel like this one. In school you learn the big-scale picture: it's all about the battles, the wars, the crowned heads, the revolutions. Exciting stuff, especially if you're nine years old, and it's perfectly true that this information provides the framework on which all else hangs. But ...
In 1727, would people be more likely to drink tea or coffee? And when we say 'tea,' do we mean black, Indian tea, or what? And, since the revolver didn't make its debut till the 1850s or so (and it was a FIVE-shooter, not a six, at first!) people used pistols. Okay so far, but ... single shot? Double shot? If you had to pour the gunpowder in down the muzzle of the gun (!), where did the bullet go in? And they were called pistol *balls* in any case. They weren't what we think of as bullets today. Hmmm.
Suffice to say, I did a lot of reading. I got to know how to cast ammunition, which was made out of lead (the metal was melted in a small crucible over an ordinary hearth and poured into a mold that might be clay or even wood). I got to know what ladies were wearing on their feet (stupid little shoes that would have crippled them; then again, since they were already dying of consumption because of the tightness of their corsets, I don't suppose they cared much about their feet). When they had a cuppa, the tea of choice in their day wasn't black tea, but the herb we know, today, as catnip, or catmint (and it does make a very nice cuppa; we have a basket of it growing outside the back door. To make a half-pint cup, you want about two leaves, torn and bruised; fill the cup with boiling water and let it cool till it's drinkable. Scoop out the leaves and add sugar or stevia ... or drink it as-is.It's actually very pleasant unsweetened). Coffee was, however, the more popular drink; it didn't fall out of everyday consumption in England till the price of it blew out due to taxes (and I understand, you have to finance your wars somehow).
The old saying insists that a picture is worth a thousand words, and it's dead true. I was lucky enough to have, in my library, a full set of The Great Artists magazine collection. I had the presence of mind to pull the issues featuring the contemporary artists, and go over the paintings with a magnifying glass, looking not so much at the subjects, but at the backgrounds. Artists who were actually alive and working in the 1720s showed me -- speaking across time with eerie clarity -- what the trends were in gardens, waistcoats, pet dogs, saddles, shoes, crockery, tree pruning, neck ties, tankards, bookbinding, and a lot more.

When these characters read, they could be reading Shakespeare, Marlowe, Middleton, Ben Johnson, and an army of other writers who have been lost in time. I lucked out: for $2 in a book sale in 1989 I bought a copy of At the Sign of the Swan. It's actually an intro to the writers who were Shakespeare's contemporaries, (good gods, I read some boring stuff, don't I?) but since we're still reading Shakespeare today, it's a safe bet that the cream of the crop of his contemporaries were widely read only 100 years later. We still read Jack London, Edgar Rice Burroughs, Arthur Conan Doyle. Same difference. (Time passes so fast; it can come as a shock to readers to realize that, for example, The Charioteer by Mary Renault, is almost 50 years old now.)
And lest you think I'm making it up:

...this here is a boatgun. Also known as a naval gun, or blunderbuss ... it was the eighteeth century's answer to the shotgun. You rammed the barrel with buckshot, and at close-quarters this meant you almost couldn't miss. See the size of the muzzle, and its splay? It gave the word 'scattergun' a whole new meaning. The particular gun in this image was hand-made in 1730. Then again, everything was hand-made in those days.
The research is like a jigsaw which goes together in tiny pieces. In the end, you wonder where you began! The 'social history' would bore the nine year old to death; and since we tend to want our young people to survive, we spare them the torment, and reserve this kind of research for folks like the novelist trying to bring to life an adventure! 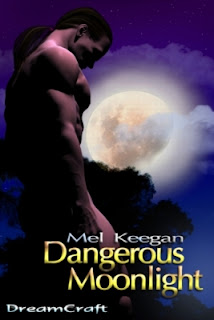 This mobile friendly version of MEL KEEGAN ONLINE created and posted by webmaster JADE.
Posted by Jade at 12:24 AM