Home from the Sea 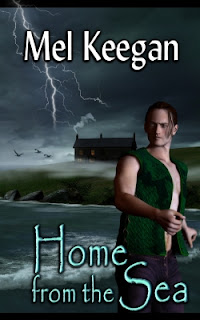 In the fair weather between storms which hit the coast just days apart in 1769, a wandering balladeer strolls up to The Raven looking for his old shipmate.
It's six years since Jim Fairley came west to manage the sailors' tavern on the English coast near Exmouth. The inn is a combination of haven and prison, home and livelihood. Lately Jim is worried he'll never get out, never see the world or enjoy the adventure he hears of in sailors' and smugglers' tales -- because Jim has been lame since a childhood accident.
The last thing he imagined is that adventure, mystery, romance, danger, would walk up to his door and haul him into a maelstrom of intrigue and peril.
Handsome young Toby Trelane was looking for Charlie Chegwidden, but old Charlie has died, leaving Toby in serious trouble. As he and Jim swiftly become involved, Toby’s problems become Jim’s.
An old mystery explodes like a storm. Before Jim learns the shocking secrets Toby has hidden for years, there'll be deception and fear, struggle and blood, in a tense Gothic tale that spans the globe without ever leaving The Raven. For Jim and Toby, life will never be the same. This gripping historical thriller and gay romance from long-time favorite Mel Keegan will be treasured by readers who loved The Deceivers and Dangerous Moonlight. 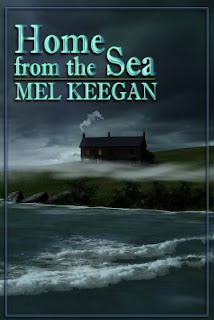 This mobile friendly version of MEL KEEGAN ONLINE created and posted by webmaster JADE.
Posted by Jade at 12:12 AM