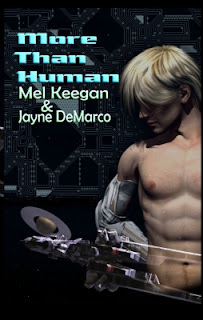 In 2190, Earth’s first starship returns from the Eidolon colony after a five-year flight. In the past, "starshippers" were always idolized: these augmented humans are modified for the new world and the public envied them -- emulated them too much, too often.

The Pure Light’s mission is to "Keep Humanity Human" ... stem the tide of bio-tech that’s changing the human form. New laws reclassify "augmenteds" as cyborgs and deny them human rights. The more augmented one is, the less rights one has. A "fifty" -- with a body fifty percent modified -- is registered, control-chipped, property of the government and assigned to industry or battlefield.

It's decades since the Gilgamesh visited Earth. On Eidolon her people are free -- many were born there, genetically designed for the colony. Now they're unwelcome aliens.

Adrian Balfour journeys to Titan to inform Captain Dirk Vanderhoven and his XO, Jason Erickson, their crew will be seized -- reassigned to the military or mines. But has a personal agenda, and everything changes as he meets Jason. Soon, he's lying to Titan Central in a race against time. Because is a "twenty" -- unwelcome even at home, while among starshippers he's respected. Desired.

Romance explodes, filled with the piquancy of exploration as discovers how different the humans of Eidolon are. He'll risk all to get the Gilgamesh away before warships run her down and The Pure Light can turn starshippers into drones. A sizzling gay SF thriller from long-time favorite Mel Keegan.

This mobile friendly version of MEL KEEGAN ONLINE created and posted by webmaster JADE.
Posted by Jade at 6:40 PM