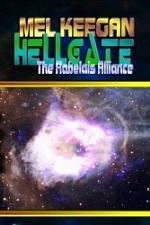 The HELLGATE books begin with THE RABELAIS ALLIANCE, published for Christmas 2002. The massive story continued in DEEP SKY, published exactly a year later, and the third novel, CRY LIBERTY, was new in print around eighteen months later. The fourth episode was PROBE, and the series is complete with FLASHPOINT and the immense EVENT HORIZON.

The full HELLGATE story unfolded over six volumes but each is a stand-alone story. The reader wasn't abandoned "high and dry" for a year, wondering if the heroes tumbled off the cliff.

The series ran well over one million words in length, and surely constitutes one of the most significant contributions to gay literature, or SF, or both.

In THE RABELAIS ALLIANCE you enter a world six centuries in our own future, and two centuries in the future of Kevin Jarrat and Jerry Stone, with whom we fell in love in the THE NARC NOVELS. The centuries have taken humankind far out beyond the frontiers which were known to Jarrat and Stone. The planets which were the frontier worlds of EQUINOX and SCORPIO have become known as the 'Near Sky' ... systems where the human colonies are so old, they've become the new homeworlds. The political picture has changed — as has the cultural background to these novels. 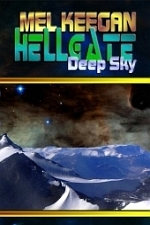 Mankind faces a new and terrible enemy: faceless, implaccable, known only by the name 'Zunshu,' which is simply a word in the Resalq language meaning, 'enemy.' The Resalq species is not as extinct as humans believe. Their home has always been the Deep Sky, and now they share it with the humans whose young colony worlds have begun to challenge the old motherworld for their freedom. In RABELAIS you'll see the rough, nasty side of the DeepSky Fleet as well as the shimmering realms of the colonial 'royalty,' and you'll meet many of the key players in this vast story. Neil Travers and Curtis Marin are the central characters, and they'll be back — shanghaied! — in all future episodes. Neil and Curtis are a couple from the beginning, but their relatonship is not the only one in the HELLGATE books. You'll also meet Richard Vaurien and Mark Sherratt in this opus... and make the acquaintance of Mark Sherratt's son,Dario, and his 'other half,' Tor Sereccio, just before this novel concludes with a whump to make Lucas and Spielberg blink.

In DEEP SKY, you'll see another side of the DeepSky Fleet. Here, you're on super-carrier duty with Travers and Marin once more — but not as a crewdeck 'grunt.' This time you're in 'officer country,' a pilot flying with the Kiev's close defence squadron. You'll discover allies in Fleet and enemies among the Freespacers, whom you had considered friends. And as the Resalq are revealed, the Zunshu become a little more knowable ... and more terrible. You'll meet a couple more key players here; in fact, one of readers' favorite characters, Michael Vidal, joins the saga in this work. Instantly attracted to Neil Travers, he's at odds with Curtis Marin, and the plot thickens on another level. 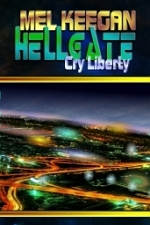 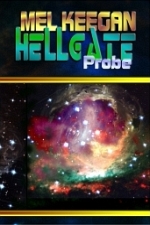 In CRY LIBERTY, you're on the street in city bottom, with a war going on right over your head. You're in the midst of the colonial freedom fighters on Omaru, in the city of Hydralis ... and one of your number is actually a Resalq who's been hunting for something for many years. He found it — a Zunshu relic of great power — just as Fleet closed the blockade on the rebel world, and all Leon Sherratt can do, now, is get a message out to his father, Mark, whom you met in RABELAIS. The men who were the reluctant heroes of RABELAIS and DEEP SKY are together on a deep cover assignment: bring out Leon, and his find — if they can. Naturally, it's not as simple as that .. this is a Mel Keegan plot, right?

PROBE is, in fact, the second half of CRY LIBERTY. The whole story 'ran away' to over 300,000 words (which would be a single paperback of 650pp ... too large for DreamCraft to publish, and much too heavy to ship around the world by airmail. MK's solution was to find the punctuation point in the middle of the story, where it naturally breaks. The players get a chance to take a deep breath, and so do we, before hell busts loose in directions that will take you by surprise. Relationships are flying apart under the stress of the war with the Confederacy and the nameless, faceless enemy from the other side of Hellgate. 'Explosive' is an understatement. 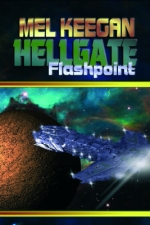 The HELLGATE books are minutely detailed, with the NARC sries as their foundation and a body of invention from MK which is imossible to even hint at here. For a bare glimpse into this universe, visit the Hellgate page and check out the bare-text version of the gazeteer. If you like SF in which you can immerse yourself utterly, this is for you.

And if you like SF where human relationships are explored without a flinch, by a master in this art — from the sublimely sensual to the dark and dangerous — the HELLGATE series is one of your best-picks from the Keegan list.


This mobile friendly version of MEL KEEGAN ONLINE created and posted by webmaster JADE.
Posted by Jade at 7:51 PM