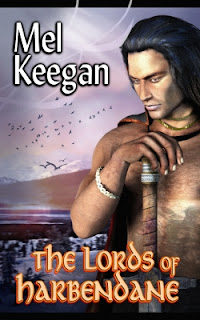 Two heroes, a kingdom in peril, the treachery of barbarous neighbors, wild tribes raiding across the frontier … the stage is set for an epic fantasy.
Rogan Dahl, the colonel of Harbendane’s elite regiment, crosses enemy lines to secure the services of a powerful shaman -- and meets a young scholar. Tristan Carlin was a warrior till boyhood injuries ended his soldiering. Now a teacher, he meets Rogan in a village infamous for thieving, and Tris has a grim problem. The two are soon swept up in the storm of events leading to the greatest battle of their age.
Fortress Althea is the beating heart of Harbendane, and plans for its downfall have been drawn. The northern tribes are united with the ambitious warlord of Galshorros. Althea is almost undefended before massed armies, and amid preparations for war Rogan and Tristan are bound in an illicit romance as dangerous as any barbarian threat.
The road to war will take them to the frontier, where wild tribes harass the regiments, battle is bitter -- and against the odds love flourishes like a winter rose. Their struggle ends at the fortress where Rogan grew to manhood, in a ravel of swordsteel and magic, ambition and vengeance ... and the love that won out against the odds.
There are seasons for peace and seasons for war. This is a season for survival. 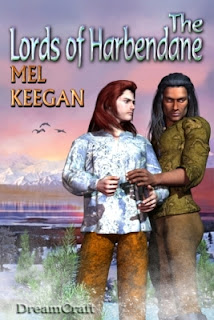