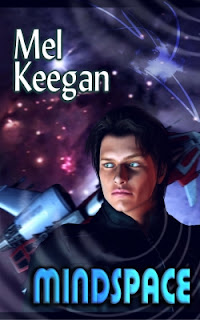 On the frontier, life is tough for a transspace pilot stripped of his license to fly. Contracts go to guildsmen who play by the rules ... and Jack DiFalco broke those rules.

He's on the wrong side of both the law and the guild. His crime was mindspacing: playing the high-tech games that are changing the future -- gaming not in VR, but in the "mindspace" where player merges with machine. Some don't make it back out.

Kieron Charig is a transspace navigator. He graduated flight school with Jack, but has no patience for the game, or gamers. Mindspacing is the crux of his trade -- ships are flown in a symbiotic relationship, where the mind/machine interface is dangerously blurry. Kieron works there, and scorns to play there. Like all transspacers, he fears the consequences. He will pay a terrible price while Jack is plucked from the gutter and thrust into scenes more exotic than games.

But success is costly. Jack will pay with skill, courage, even sex. For Kieron, every moment is a battle to preserve his humanity. Hope pivots on Max Gorodin, director of aerospace giant Jabalpur Industries. Max's own struggle is about personal and corporate survival: his security is compromised, his enemies seem invincible. Jack is his dream come alive ... Kieron is the gift he never expected. With this pair, Max's predicament might turn around, but both men must forfeit everything -- and Max soon discovers falling in love is life's ultimate complication. Exotic gay SF from long-time favorite Mel Keegan. 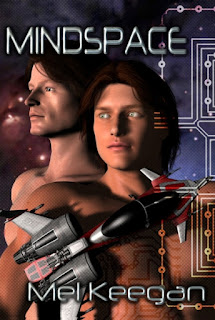 This mobile friendly version of MEL KEEGAN ONLINE created and posted by webmaster JADE.
Posted by Jade at 5:59 PM