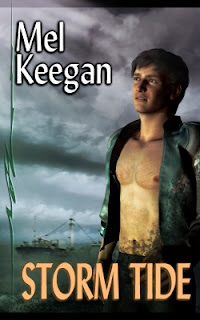 , winter, 1990: the south coast is smashed by savage storms, inundated by floods.
Sean Brodie, an American engineer on contract in  and his partner of eight months, local Rob Markham, are determined to save their relationship. An off-season fishing trip sounds perfect, and they hire a boat for a week to be alone and rediscover each other.
With a storm approaching, they assist a luxury cabin-cruiser in apparent distress, only to find they've stumbled into a drug smuggling operation. A lucky escape is just the start of their trouble. Their pursuers have unexpected friends on land as well as at sea.
Floods are rising, coastal properties are drowned, there's no one to call for help and nowhere to run. Sean and Rob are alone, hunted. Survival is the prize -- escape always a whisker away.
The popular author of More Than Human, Home From the Sea and the NARC Series presents a shot of irresistible action with a twist of gay romance.


Mel Keegan comments on STORM TIDE
Here is a novel which started life as a short story and blew out from there. The late Lane E. Ingram took the germ of the idea, ran with it and handed it back to me in a form which was unexpected and full of potential. STORM TIDE happened during a long, gray and cold winter here downunder, and this comes across in the narrative. The text was vetted by two very good "beta reaters" in Texas, to make sure Sean's part is dead right ... at the time, I was still a couple of years away from living and working in the States. STORM carries an acknowledgments page which thanks everyone, but is missing a paragraph which would be there if the novel were bring printed at this time. Here is the paragraph: "This novel is affectionately and respectfully dedicated to the late Lane E. Ingram, who passed away quietly, leaving little mark on the world. I miss you."
It was interesting to write a story set in Australia, but the part of the country where STORM takes place is not the "red center" or outback, which readers may have expected. My corner of SA is maritime ... we're all beach, cliff and ocean. Working within the geography was a challenge, and researching the old break-bulk freighters started to take on the aspect of a full time job. It was a lot of fun to write this one. It's quite a large book, and GMP set the type as tightly as ever, getting it down to about 200pp.
From my own (peculiar) perspective,the novel was a challenge. I've written a great deal about professional people in the military, paramilitary, police and security forces, and I had to 'think backwards' this time. Remember to turn off all the trained responses. Sean and Rob are two very ordinary civilian guys. They don't have the training or the experience to deal in a wink with situations like these. They're under the gun for the first time in their lives; they could easily die. How do civilians react? Every person is different, but there remains one common denominator, though it's a negative, not a positive. The one thing you can bet on is that civilian's WON'T react like soldiers or special agents. It it were Neil Travers or Kevin Jarrat in this situation -- well, there wouldn't be much of a story: it'd be over in Chapter Two! The fascination is surely in exploring how real, genuine civilians ... ordinary people ... manage to think their way through, and out. Sean is an oil company employee, but he's a designing engineer, not an oil worker. Rob is a salesman at the Honda motorcycle franchise. They're both young, in shape, agile, strong. They can handle themselves -- and they're going to have to! 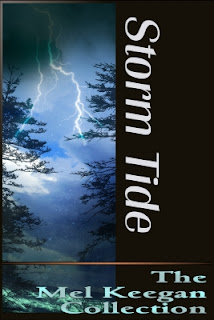 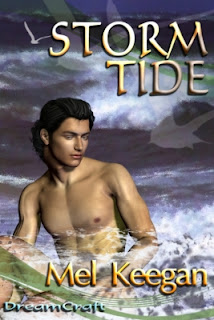 This mobile friendly version of MEL KEEGAN ONLINE created and posted by webmaster JADE.
Posted by Jade at 9:40 PM